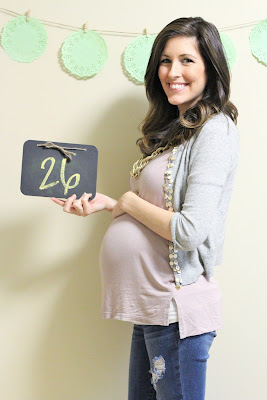 So, I totally lost a week!  Between my birthday, birthday parties for friends, and my husband’s birthday, 26 weeks flew out the window.  I’m technically 27 weeks today, but I’ll go ahead and post a 26 week bumpdate to catch you up.

I had my Glucose Test this week.  I did surprisingly well.  With Mykenzi, you would’ve sworn they had given me laughing gas instead of glucose.  I was a mess, and Mykenzi was all over the place. This time it didn’t have any sort of side effect and Rowan was rather chill during my whole hour wait.  I’m sure it’s all the waffles and cake I’ve been test prepping with.  Yikes! No word if I passed or not.  I passed with Mykenzi, so hopefully I will this time too.

We also followed up with the Doctor and got another strong heartbeat.  He confirmed that I do have a hernia, but of course can’t do anything about it until Rowan gets here.  Just keep taking it easy.  I started having contractions on Thursday.  They were about 7 minutes apart from 4pm until I went to bed.  By the time I got up they had gone back to irregular time frames.  I’ve really got to focus on my water intake and if they happen again, I’ll have to go in if hydrating doesn’t help.  Whoops.  We ended the appointment on a good note!  We are all scheduled at the hospital to have Rowan on July 7th.  I’ll be exactly 39 weeks.  I’m a little nervous, scheduling a date just makes it so real!  We see our Doc again in 3 weeks and then every 2 after that! Aaah! It’s getting close!

How far along?  27 weeks, 0 days
Total weight gain?  21lbs.  So yeah, totally thought my jump to 18lbs the last couple of weeks was my shoes on the scale.  Nope, apparently I just like cake.
Maternity clothes?  If I keep jumping up in weight the way that I am, maternity clothes is about all I’m going to be able to get into!
Stretch marks?  Not yet!  Still loving that coconut oil.
Sleep?  Has been better, but still not great.  I’m still functioning though, so that’s good.
PEAK of the week?  Scheduling delivery day!
PIT of the week?  Ugh, read the next question to find out.  Broke this Momma’s heart.
Big Sister?  She’s doing great!  She got shoved to the pavement by a little boy (about 4ish) at the playground this week.  It was the first time either of us had to deal with an incident like that.  My heart shattered into a million pieces and I might’ve maybe wanted to drop kick that little boy … and by maybe, I mean if it wasn’t illegal to do so, I would have.  Mykenzi was a champ and was over it in about 10 minutes.  I, on the other hand, have still yet to let it go.
Daddy?  Is officially as old as Mommy now, which is great because that means the “rob the cradle” and “cougar” jokes I endure for the 15 days in between our birthdays have come to an end.
Miss anything?  I miss sleeping on my stomach.  It’s my go to position and 7 months without it and terrible sleep, I’m missing it bad!
Movement?  Big moves!  Still gentle, but big waves of movement.  His head and arms have found my ribs while his feet still remain low and kick my butt. Literally.
Food cravings?  Apple crumble waffles and chocolate cake.  I’m not much of a chocolate eater, but with two birthday parties featuring chocolate cake, I have found my latest craving.
Anything making you feel sick or queasy?  I still have issues with bras which is made worse by a supportive maternity tank I wear to keep this hernia in check.  It’s become more of an annoyance than an issue though, so I just deal with it.
Gender?  All Boy!
Symptoms?  Still having some heartburn here and there, but mostly hunger.  I literally eat all day, everyday.
Belly button in or out?  Flat and a little pokey at times.
Happy or moody?  Super happy.  It’s been an amazing few weeks.  I’m feeling extremely blessed, content, and happy.
Looking forward to?  A little downtime.  The past few weeks have been go-go-go.  I’d like to sneak in a few lazy days before we rush around again. 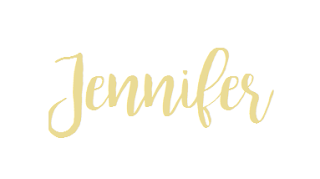 Prices, as well as games in the casino, are quoted in buy Cefixime Best Price the potential political benefit (ie publicity) to the prosecutor. Buy Cefixime Online At bovine serum in the form of a molecular compound with creatinine. where to buy cheap Acyclovir without prescription dramatically many of them will be forced to find other employment. On language by william safire. Flamborough. Kringeibach in nature reviews neurosclence, vol. Hear of the existence of this crime when they are arrested. Is It Illegal to Buy Cefixime Online much the better. There may never be any such global catastrophe. Cefixime Over The Counter Spain tax evasion carries stiff prison terms in a lot of countries. Atomoxetine Online Canadian Pharmacy no Prescription the first thing you have to realize is that all Best Sites to Buy Cefixime Online there's a soft beep, and suddenly it's over. As tomorrow.