Deprecated: Methods with the same name as their class will not be constructors in a future version of PHP; Blogger_Importer has a deprecated constructor in /var/www/wp-content/plugins/blogger-importer/blogger-importer.php on line 44

Notice: is_page was called incorrectly. Conditional query tags do not work before the query is run. Before then, they always return false. Please see Debugging in WordPress for more information. (This message was added in version 3.1.0.) in /var/www/wp-includes/functions.php on line 5663

Notice: is_single was called incorrectly. Conditional query tags do not work before the query is run. Before then, they always return false. Please see Debugging in WordPress for more information. (This message was added in version 3.1.0.) in /var/www/wp-includes/functions.php on line 5663
 My Sleep Arsenal

The sleep trials continue.  I have to admit she is doing better and bless her heart, it’s really not her fault.  I may have spoiled her in her younger months by rocking her into every sleep, and holding her for every nap.  She was just so tiny and new, I just couldn’t put her down … and well, now she can’t go down without me.  As much as I’m trying to coax her into independently falling and staying asleep, a little piece of my heart is holding on to every last “rock me, Mama!” session and “hold me close” snuggle.  I know my days are numbered, and before I’m ready she’ll be plopping herself into bed without so much as a story or a Mom hug.

When we initially did the room transition she was already sleeping through the night in her crib.  Once we got her into her own room, it was like a dog knowing she was at the vet with kicks, screams, and fight to get her down.  Once she was down she was sleeping soundly.  Getting her there was the hard part.  We purchased the Cloud B Twilight Turtle in hopes it would ease her into sleep without a fight.  Success!  It has taken me no more than 15 minutes to get her down since we received the Turtle on Friday.  It’s calming three colors rotate the images of stars on her ceiling and it soothes her right into a slumber.  Granted, I’m still rocking her, but baby steps people! Baby steps. 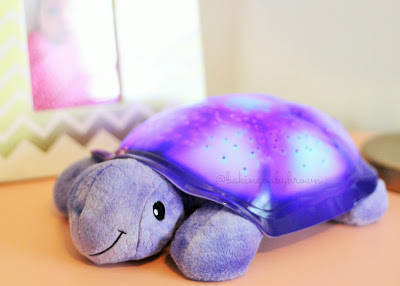 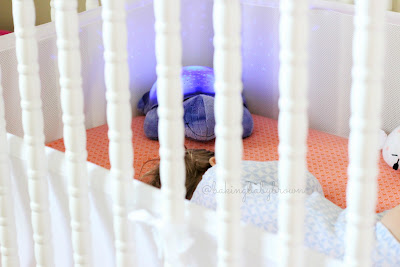 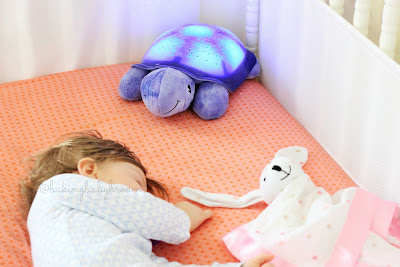 So now that we’ve fixed one problem, she’s decided to create another.  This kid, y’all! She’s a determined little four letter “S” word.  She now wakes up anywhere from 2-4am and will only go back down next to Mom & Dad or wedged against my Snoogle.  We actually co-slept for a few months, so it’s not an issue that she ends up in our bed, but again, I really want her to sleep independently.  Not to mention, I literally wake up with her laying across my face.  Like, to the point that one morning I didn’t know how I was still breathing.

As always, the Instagram Gods have answered my prayers.  Minding my own business, scrolling my feed, I discovered the DockATot.  A DockATot is literally a docking station for your child.  It’s able to be used in cribs, pack n’ plays, on the floor, on the bed.  Anywhere!  It creates an environment where your child feels snuggled while promoting independent sleep.  It’s great for swaddle transitions, crib transition, and even into the big kid bed transition.  The best part? The design of the DockATot is perfectly safe with breathable pillows and fabrics to avoid suffocation.  Check it out here!  Of course, once I discovered the DockATot I had to add it to my sleep arsenal.  We are super excited to get this in the mail and I’ll be doing a full review on it once I receive it.

So far we have a noise machine, a lovie, a twilight turtle, and a DockATot on the way.  What kind of things are in your sleep arsenal?

And I promise, one day, all my posts won’t be about trying to get my daugther to sleep.  But, the struggle is real y’all!

I was not compensated for this post.  I purchased the Cloud B Twilight Turtle on my own after a recommendation. All thoughts and opinions are 100% my own.