Notice: is_page was called incorrectly. Conditional query tags do not work before the query is run. Before then, they always return false. Please see Debugging in WordPress for more information. (This message was added in version 3.1.0.) in /var/www/wp-includes/functions.php on line 5663

Notice: is_single was called incorrectly. Conditional query tags do not work before the query is run. Before then, they always return false. Please see Debugging in WordPress for more information. (This message was added in version 3.1.0.) in /var/www/wp-includes/functions.php on line 5663
 Review: I Docked My Tot

It’s no secret we were riding the struggle bus for a while in the sleep department.  It only took us three tries and 13 months to get Mykenzi into her own bedroom, but we did it.  She repaid us with a 3 hour fight to go down, and once we got that fixed, she started waking every few hours until we’d give up and bring her in the bed with us.

Mykenzi is a great sleeper … but she’s also a great snuggler.  She will sleep like a champ in our bed or even in her crib if it’s in our room.  She likes to be close and to feel secure, which could partly be my fault since I kept her close during naps and night sleeps in her early months.  Once we gave her the boot into her own room she became a sleep monster. She wanted no part of sleep.  I read every single book, blog article, and bought every single sleep inducing toy I could get my hands on.  I even went as far as buying new sheets, because I was convinced softer sheets would do the trick.  Y’all, I was desperate! We HAD to get her back to sleeping better.  We got more shut eye during her Newborn days than in the month she had been in her own room.

After lots of tears (on both parts) and desperate failed attempts to get our child to sleep, we accepted the fact that this was how it was going to be.  Maybe it was a phase? Maybe she’d eventually grow out of it? We could only hope for that and accept the fact that less sleep was our new norm.  Then Instagram saved the day, I stumbled upon Dockatot.  I scrambled to the phone to call my husband who swears I think he doesn’t actually “work,” meeting schmeeting, I found the answer to our sleepless prayers! Obvi, my call was more important than anything he could’ve been doing. Haha, I kid. Love you babe.  But seriously, it was a pretty important call, although I do believe his exact words were, “What the hell is a Dockatot?” 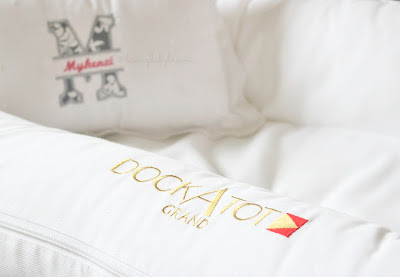 A Dockatot is a docking system for your child.  I know, sounds kinda funny right? A docking system for my kid? Yep. That’s what it is and you’ll love it.  Dockatot was designed in Sweden and it is a multi-functional lounging, playing, resting, snuggling dock that you can take anywhere.  It’s designed to create a nurturing and cozy surrounding while maintaining breath-ability so you don’t have to worry about your baby overheating or suffocation.  It keeps babies calm by offering a tender soft surrounding much like the Mother’s womb.  It’s offered in two sizes for small babies and older babies into toddlerhood.  Success stories include easier co-sleeping, sleeping through the night, smooth crib transitions, and even victorious toddler bed transitions. We chose the Dockatot Grand in Pristine White to match Mykenzi’s room decor.  They do offer a variety of adorable covers you can purchase separately, all machine washable I might add. 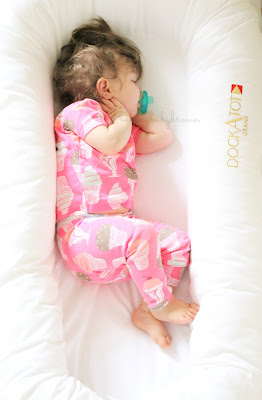 We have been using our Dockatot for a little over a week and there is a night and day difference with Mykenzi’s sleep.  While it took a few days to adjust we noticed that she didn’t toss and turn like usual, her quality of sleep was better, and after a few days returned to sleeping through the night uninterrupted.  She wakes up happy instead of crying hysterically, her naps have improved greatly, and all this has lead to a happier baby during the day.  Sleep is no longer a huge fight, and most importantly, Mom and Dad are able to rest easier.  It’s a win win all around for our family. I will admit the price tag can be a little intimidating, but when you realize how much it benefits your baby, it is worth every single penny and more useful than that $300 rock-a-something that they outgrow in the blink of an eye.  I will definitely look into purchasing the Deluxe Dockatot when we decide to have Baby #2 before I buy any other baby swing/rock/play/sleep item.  I wish I would’ve discovered the Dockatot sooner so I could’ve shared it’s greatness with you a long time ago.

And because life isn’t always perfectly lit, cropped, and edited photos, here are a few shots from my iPhone of our monitor to show how she’s been sleeping at night. And let’s ignore the fact that my monitor is currently suffering from menopausal hot flashes because I promise it’s not 77 degrees in my house. 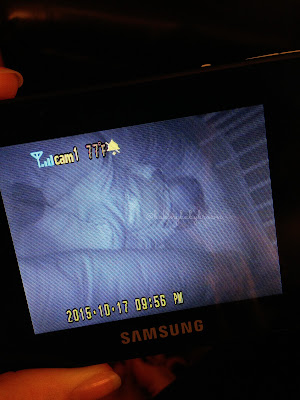 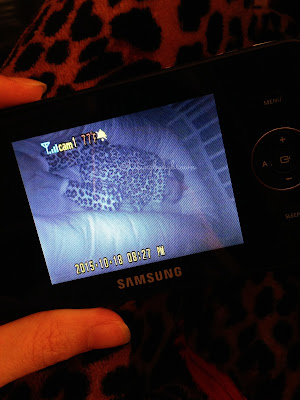 So, what are you waiting for? Go Dock your Tot! And because we’re friends, click here for 10% off your Dockatot!

*I was provided ad Dockatot in exchange for an honest review.  All opinions are 100% my own.